Around the world and particularly in countries such as the US, Canada, Australia and New Zealand, fallen service dogs are often commemorated with impressive ceremonies and memorials. It may surprise you to know that in the UK, until recently there was no national memorial to dogs lost on duty, save that is for a small plaque at the National Memorial Arboretum in Staffordshire.

PC Paul Nicholls, an officer and dog handler with Essex police, thought it was about time this was changed. Paul recalled to me how hard it had been losing his police dog Sabre, and how he desperately wanted to do something to remember him by. This turned into an all-out quest to create a UK national police dog memorial. Paul enlisted the support of local sculptor John Doubleday to create the statue which features a Police Officer with two retired PDs – Karly, a German Shepherd and Ludo, a Cocker Spaniel. Paul was keen to have the handler kneeling to show the mutual respect between human and dog.

On a chilly day in April 2019, in the dog friendly grounds of Oaklands Park Museum a large group of Police dog handlers, their dogs and many others gathered to listen to the words of Cressida Dick, Commissioner of the Metropolitan Police Service. The Commissioner spoke of how the police dog role is forever evolving: now, for example, dogs are trained to find digital devices such as mobile phones. She also noted how the dogs are “…fantastic ambassadors for policing,” and how people’s eyes light up when they see the dogs out and about. She spoke of their canine courage and tenacity and also of their sense of fun and desire to work.

Then, after being blessed by the Bishop of Chelmsford and to the strains of I vow to thee my country and the claps of all assembled the beautiful memorial was unveiled. If you go to see it at Chelmsford be sure to also check out the exhibition in Oaklands Park Museum which showcases the history of British police dogs.

Find out more about Police dog memorials in the Monumental Tales book and about Paul’s quest on the K9 Memorial website, which also features a roll of honour page. 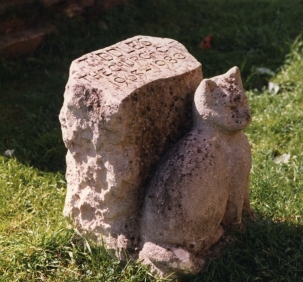 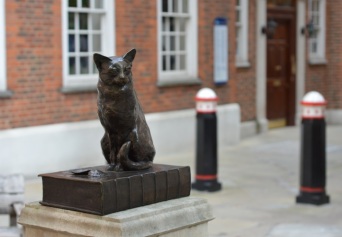