For the past four years I have volunteered as a pet bereavement support worker for the Blue Cross animal charity. This service takes around 13 000 calls and emails a year from people who have lost their pets. When individuals get in touch they often express a whole range of emotions. They can be confused, angry, lonely, guilty and, unsurprisingly, most are incredibly sad. Many describe a “special bond” that was built up with their pet – a dependable, non-judgemental companionship. And for those of us, who struggle at times with our mental health, it’s certainly true that pets can be a real godsend. They have this ability, somehow, to help us live in the moment and forget the problems of the past or the worries of the future.

Other theories put forward to explain our love of pets include the desire to be caregivers and our wish to relate to another species. Pets (especially dogs with their need for regular walks) also keep us active and engaged in the community. And some research suggests that pets can even help lower our heart rate [1]. Of course, it’s true that there can be some negative consequences to pet ownership [2] yet for many of us, the reasons to share our homes with companion animals prove compelling. What’s more, over the last few years, there is also evidence emerging for a genetic component to the desire to have pets.

Research has noted that pet-keeping seems to run in families. Certainly, this might be an environmental or learned response. It may be that people who have grown up with pets simply repeat the experience in their own homes since that is what they’ve been used to. We can imagine this would be especially likely if the experience was a positive one. And yet, according to some research done in the US[3] it seems that some people are still predisposed to seek out companion animals even if they weren’t brought up with them. To investigate this, the researchers looked at the extent to which genetic and environmental factors contributed to the frequency of playing with pets among adult twins. They found that identical twins showed significantly greater similarities in their pet play behaviour than non-identical twins. This, the researchers believed, revealed that genetic factors play a significant role in our interactions with pet animals.

A few months ago I heard about a lovely project being run by researchers from Royal Holloway and the University of Manchester looking at the role of pets in family histories. This prompted me to ask my 93 year old mother about her childhood pets (actually they were all cats, as she wasn’t allowed a dog, despite constantly asking for one!) According to her father, “a dog would upset the cats too much.”

My mother’s father was actually a huge fan of moggies and very tender-hearted over them. The cat shown in the picture with my mother below was rescued by him. He had noticed some men loading kittens into a small rowing boat near where he worked at a saw mill on the River Itchen. My granddad rescued them all and kept one (I’m not sure what happened to the others but hopefully they were OK!)

My grandparents’ cats were not spoilt by today’s standards. Not being neutered they got into frequent fights – the cat calls at night were blood curdling according to my mum – and they were only fed scraps, but they were definitely an important part of the family. Southampton was bombed heavily during the war and my mother recalls how her father would insist on rounding up their three cats before entering the air raid shelter. He would never take cover himself until they had all been accounted for, much to my grandmother’s apparent annoyance!

Many years on and I can say that companion animals have certainly been intricately woven into the life of my mother, who has never in her 93 years been without a cat or dog. This affection continued in myself and is also very evident in both my daughters. The eldest of which, Sophie, rescued her cat, Leon, within two weeks of moving into her home. In fact, I think she got Leon before getting a bed! My youngest daughter, Jasmine, works for a national dog charity and can’t wait to have her own pets.  So, is this a result of our genes, our upbringing, or both? I guess we will never know for sure, but whatever the cause, none of us can imagine our life without the joy pets bring to it.

Do you have a long line of pet enthusiasts in your family history? Please let me know about it in the comments or via email. If you have some pictures that would be great too. Also, if you can, please do share your pet family photos with The AHRC Pets and Family life project.

Oh and my Mother finally did get her dogs! Here she is with Mandy and Cindy.

Read more about our incredible relationships with our four legged friends in the book Monumental Tales. Available from: Lutterworth Press and Amazon. 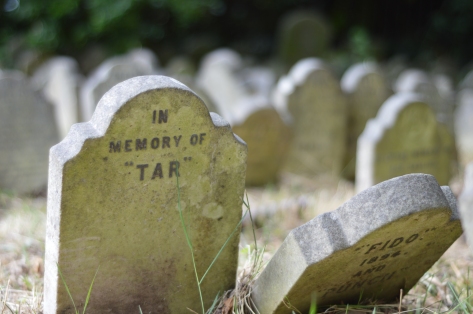 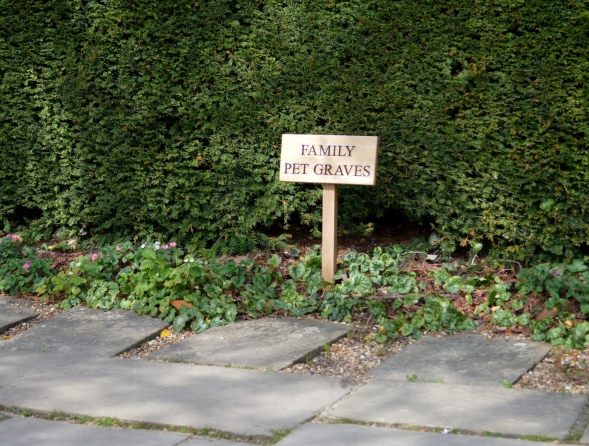 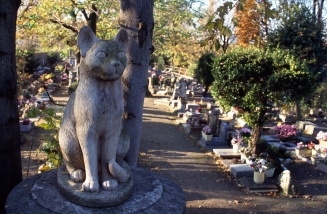 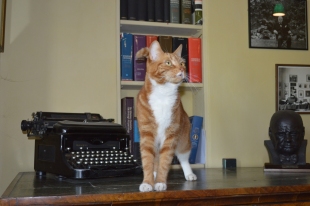